Flowers are great, but the majority of the plant is its foliage - so Digging invites us to celebrate this by posting some pictures of the leaves that make up most of our gardens' show.  I decided to concentrate on a few of the plants that seem to be handling our extreme drought and heat better than the rest of my tired, dry collection.  All but one are planted in pots - so maybe that is making the difference.

Originally planted in the ground where it struggled, the Star Begonia (Begonia heracleifolia) produced a nice set of blooms this spring and then, as the temperatures increased, it really started putting out the leaves.  It has grown four times bigger than it has ever managed before.  It's large palmate leaves and hairy stems are quite unique. 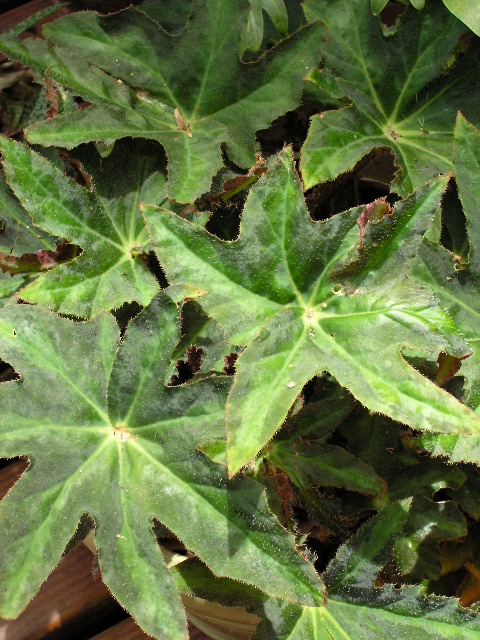 Quickly becoming my favorite Aloe, the Lace Aloe (Aloe aristata) has continued to look good and slowly add additional size.  Though it has never bloomed, its foliage is extremely attractive and quite different than any of my other Aloes. 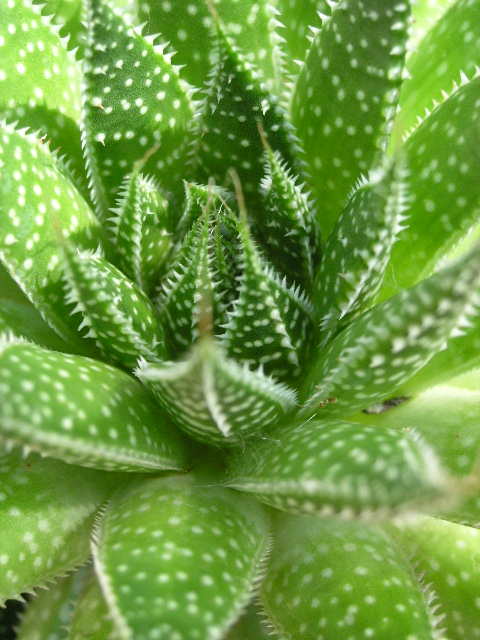 Another Aloe that is doing well is the Vuurpylaalwyn (Aloe peglerae) - gotta love a name like that!  Almost appearing Agave-like, its leaves have thorns along both its sides and even the underside edge.  Appearing quite fearsome, it has been doing well in the heat with only occasional splashes of water. 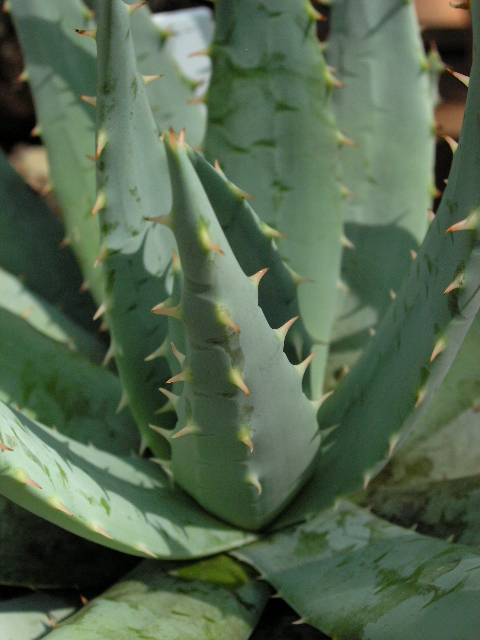 The only highlighted specimen actually planted in the ground, the Dyckia 'Cherry Coke' has to compete with the trees and other plants for moisture.  But it is doing great (and was the only Dyckia to make it through last winter's extreme cold snap with little to no damage).  Starting the year off with a green cast, increased sunshine and temperature has caused it to develop a nice reddish hue. 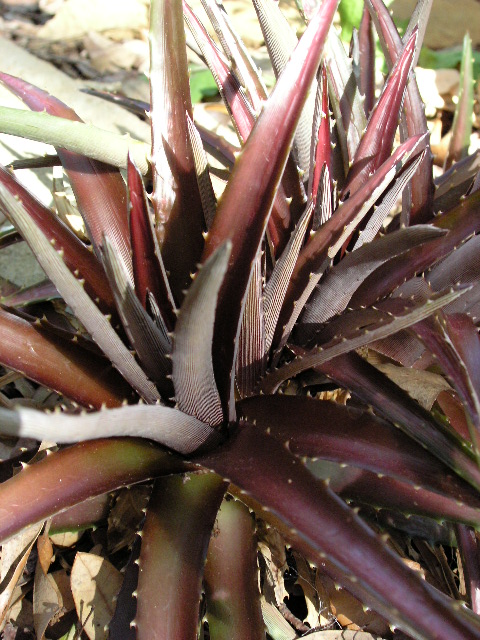 Be sure to visit Digging to see the foliage that is stealing the show in other gardens.