A finally got around to planting one of my recent succulent purchases: Variegated Elephant Bush (Portulacaria afra 'variegata'). 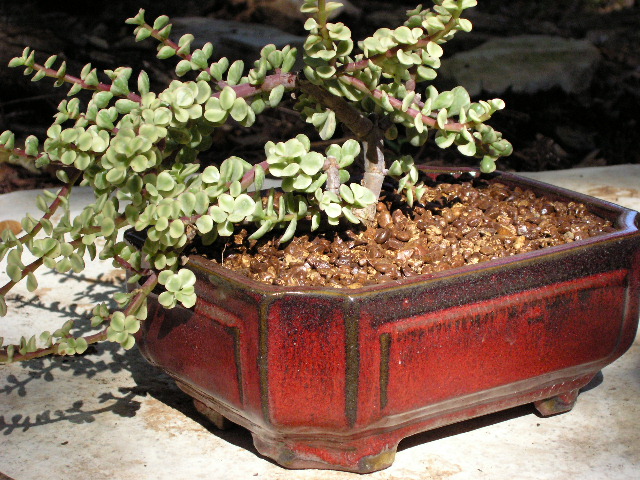 About a month ago, I bought the non-variegated form of the plant (which still waits for its planting).  While researching that plant online, I discovered the variegated form and immediately added it to my Gotta Get list. 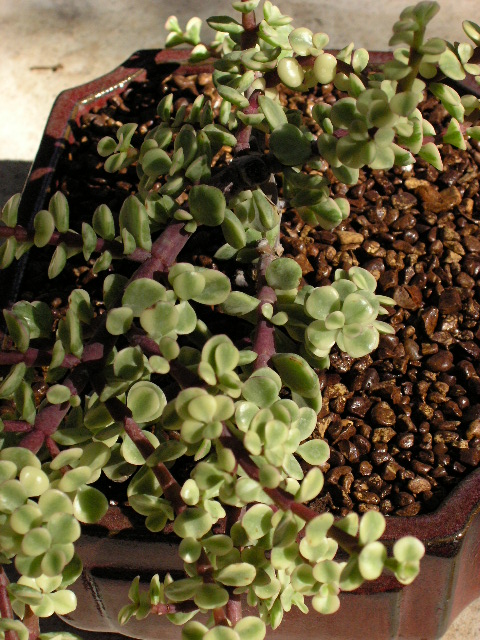 Then a couple of weekends ago, while shopping during a rare rain shower, I found the variegated form and the perfect pot for it at the same nursery. 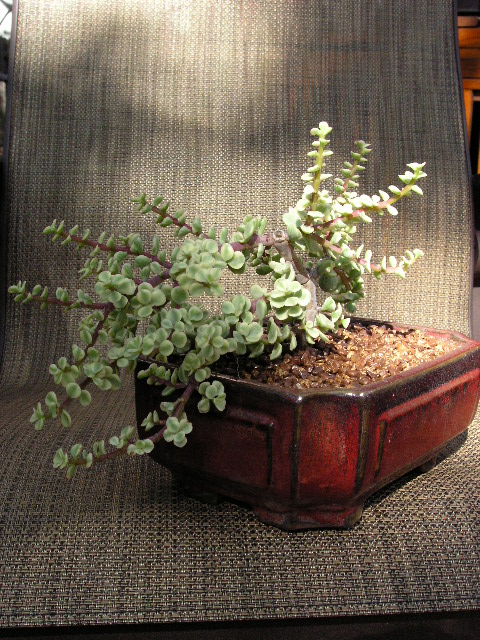 Why Is There Always A Rock?

Perhaps this is why I always find gardening such hard work.  Seems like every time I determine the perfect spot for a plant, the subsequent hole-digging inevitably produces a rock that needs to be moved.  Often the rocks, while troublesome, are more of an inconvenience than a true difficulty.

But every once in a while I hit a whopper. 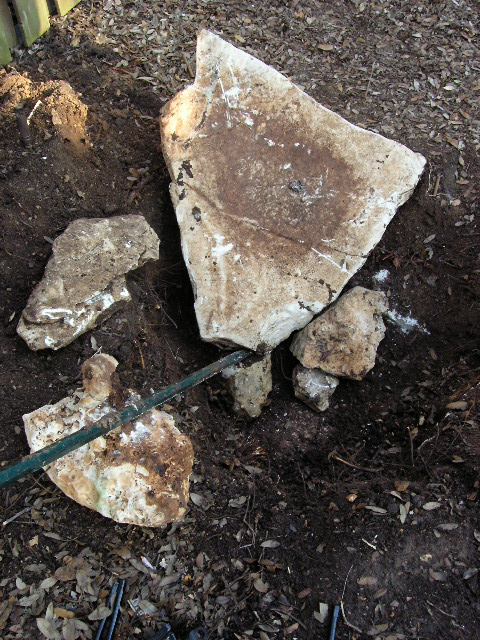 Having finally found a Rusty Blackhaw (Viburnum rufidulum), I had already picked the spot where it could grow up as an understory tree - filling in an opening in my existing tree canopy. 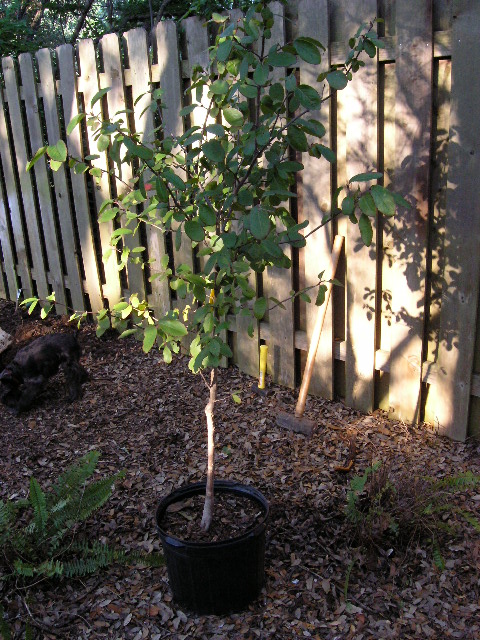 However, a little over two foot deep, I ran into a solid layer of limestone.  In my usual planting technique, I started expanding the hole to find an edge so that I could get a rock bar in there and pry out the offending stone.  But in this case, the hole quickly widened out to four foot.  And once an edge was found, the stone wouldn't even budge.

After a few hours of additional digging, hole-widening and judicious leverage, along with quick placement of rocks under the stone (to prevent it from falling back flat), I was finally able to partially flip it over towards the edge of the hole. 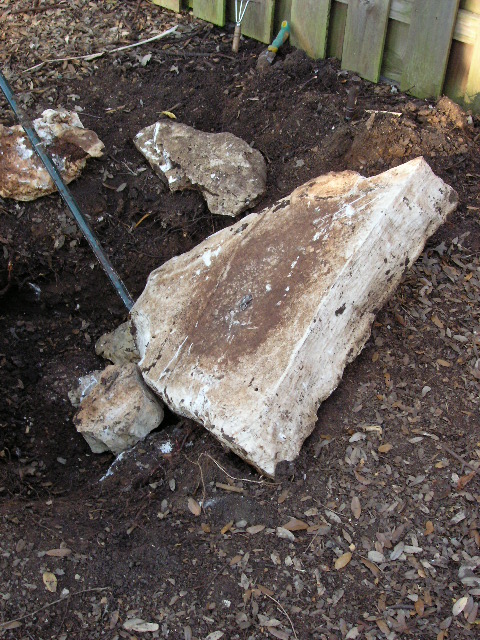 At that point, I reached an impasse.  The rock was incredibly dense and thicker then most that I have excavated, so it had substantial weight.  I was unable to move it up and out of the hole.  No amount of leverage, muscle-straining or outright cussing did more than shift it a few inches - from which it would promptly settle right back into its original position. 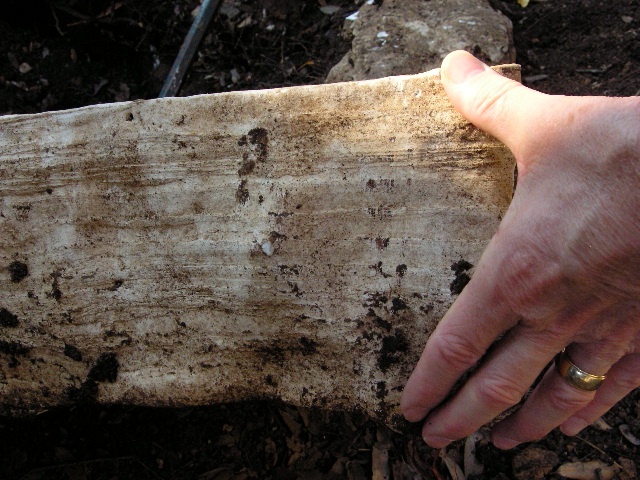 This led to the purchase of a come-along so that I could attach one end to a nearby tree, then maneuver the strap under and around the large stone.  A few minutes of ratcheting and the stone slowly slid up and out of the hole.  I eventually moved it a few feet out of the way. 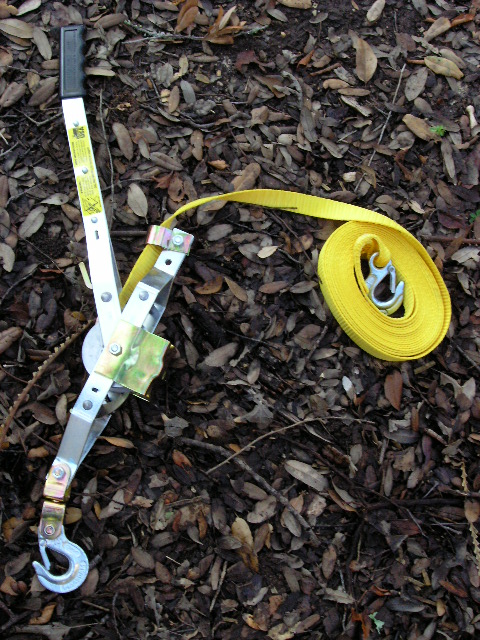 Of course, at that point I discovered a deeper layer of limestone at the bottom of the hole - but now it was really too deep to get any kind of leverage.  I decided to use a sledgehammer and the rock bar to break it up as much as possible so that, in time, the tree's roots could force their way on down past this latest obstacle.

At some point, I'll have to move that rock somewhere else in the garden.  But for the foreseeable future, it's gonna stay right there... 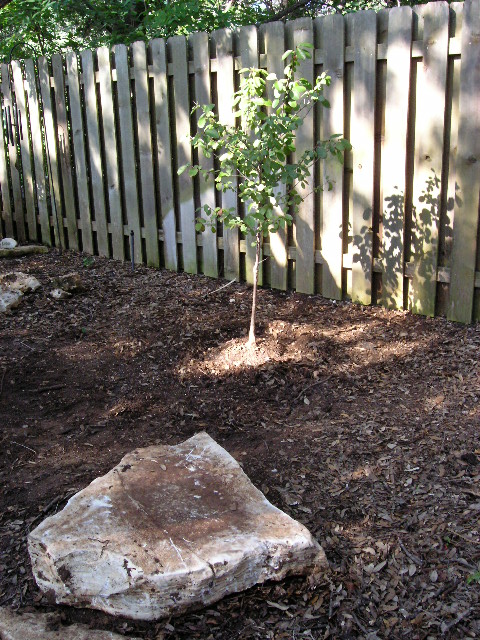 For the first time, my Night blooming Cereus (Epiphyllum oxypetalum) has produced a bloom.  We've been watching and waiting, but by the time we headed towards sleepy-time, it had not opened.  But sometime in the the darkness, it unfurled it's petals.  Fortunately for us, it was still open when we glanced out in the morning. 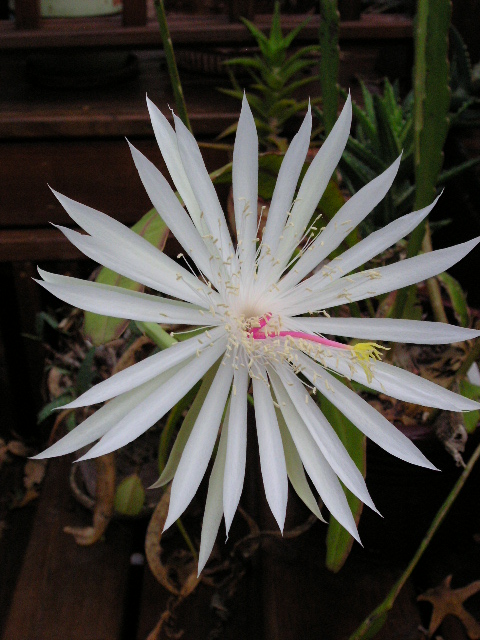 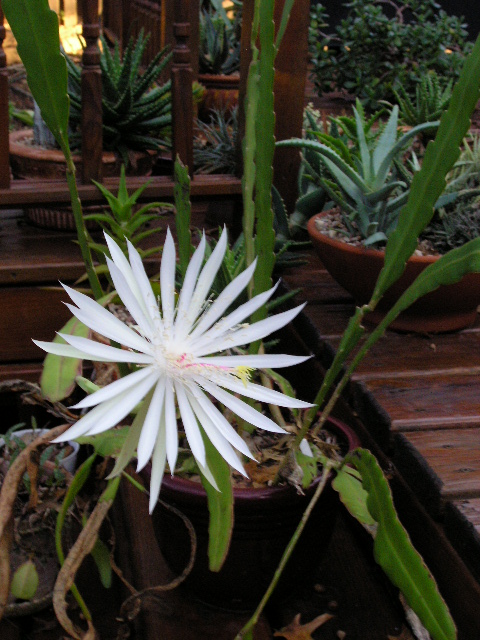 Of course, as the day warmed, the bloom curled and faded.  But we are looking forward to additional blooms as the plant still has two more buds that have yet to open.
2 comments: 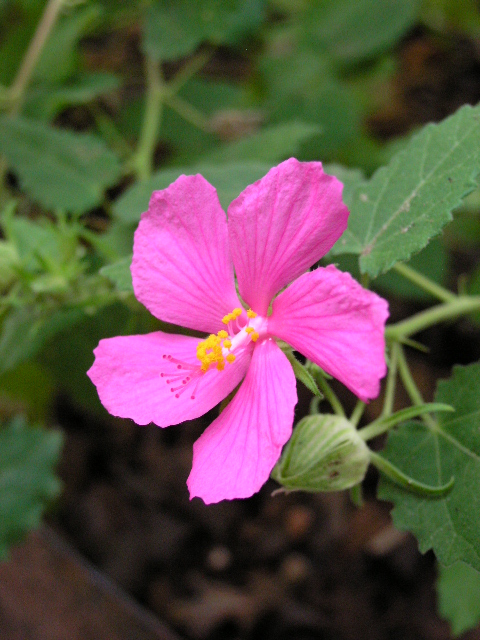 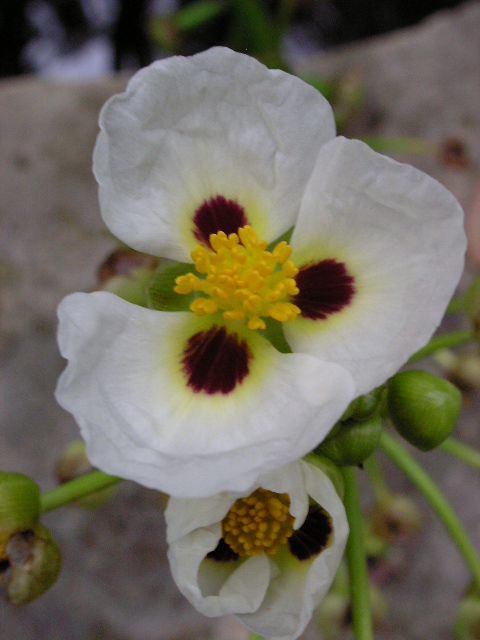 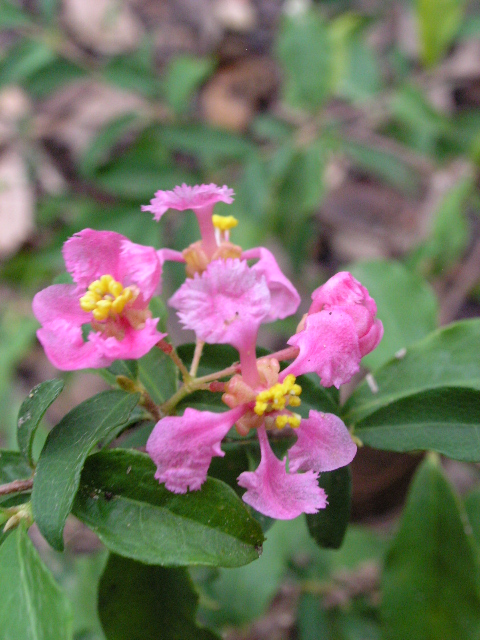 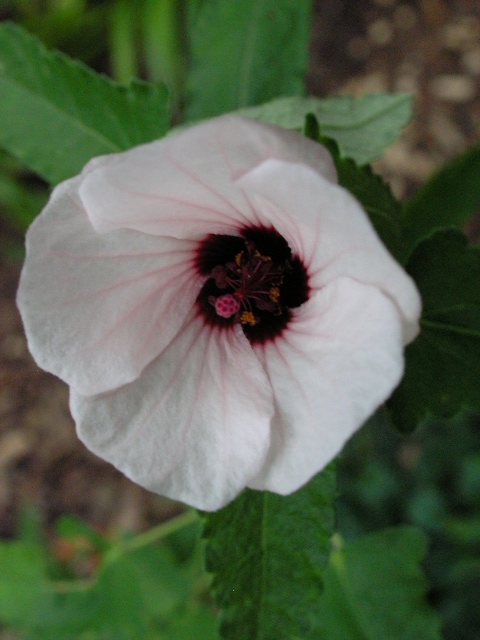 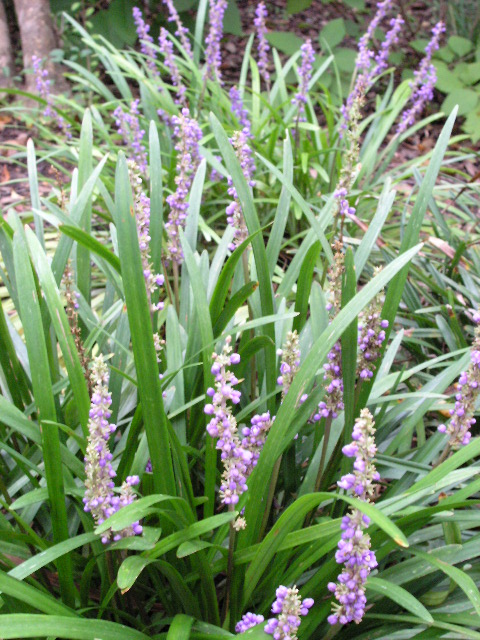 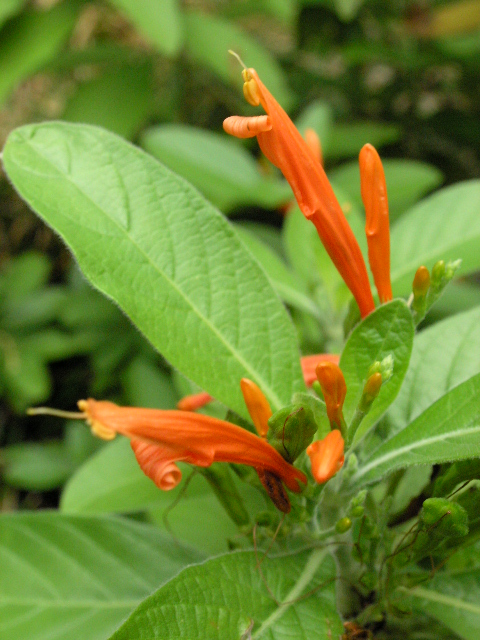 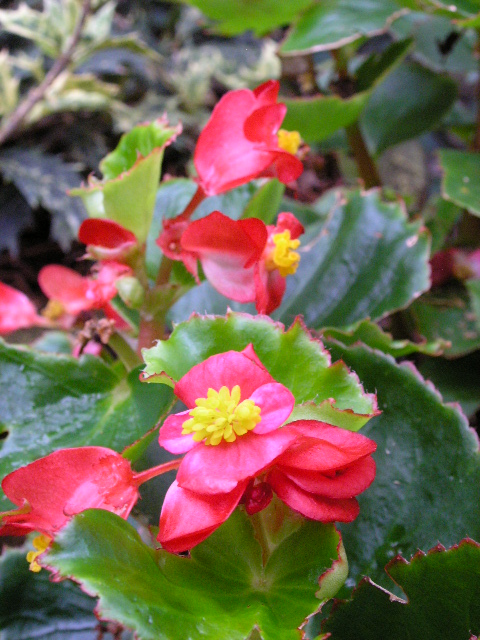 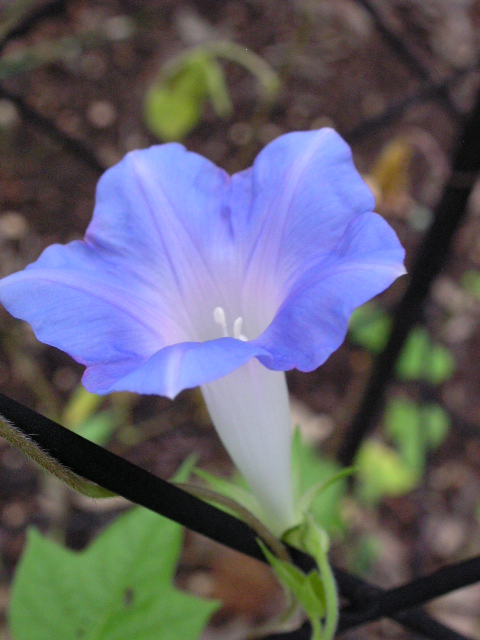 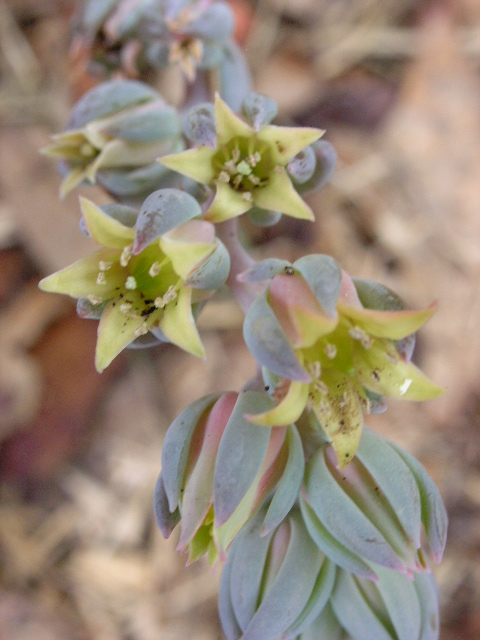 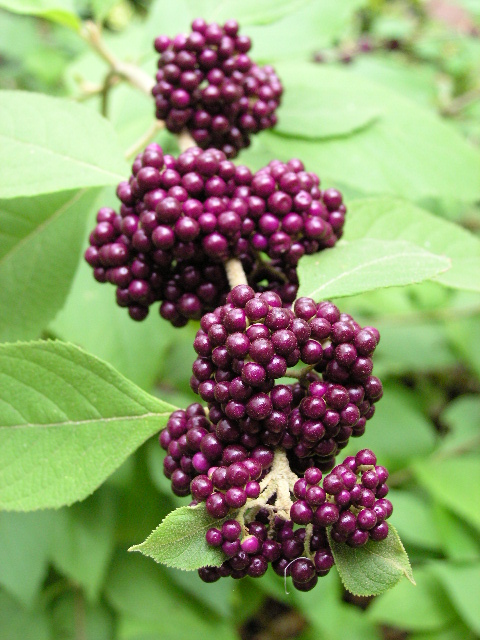 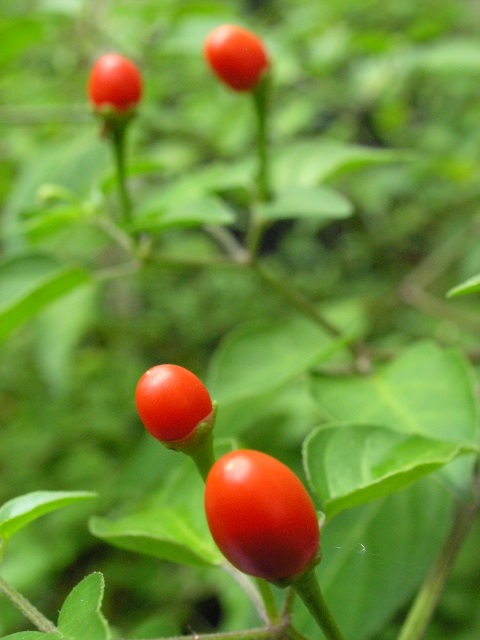 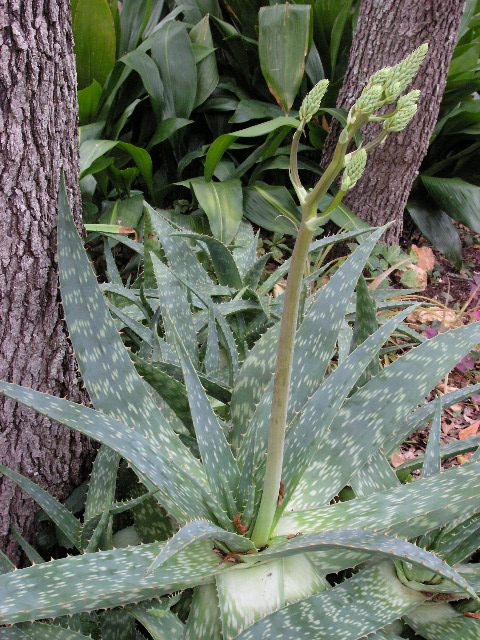 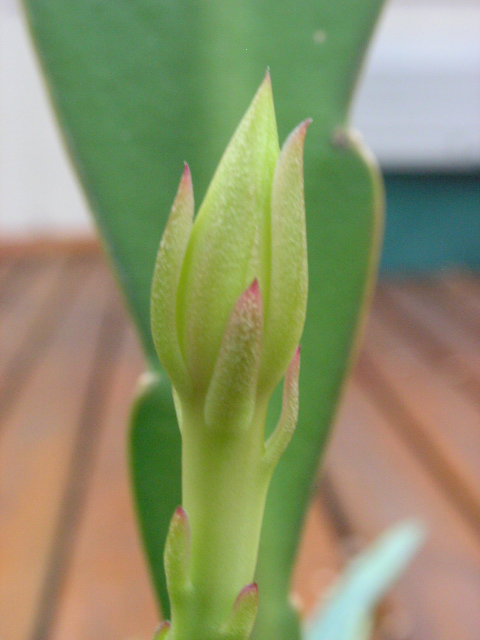 I recently noticed that one of my three Agave 'Blue Glow' was rotting away.  Dark soft tissue was radiating upwards into yellowing leaves.  My main fear is the Agave Snout Weevil of which I've heard such extreme horror stories. 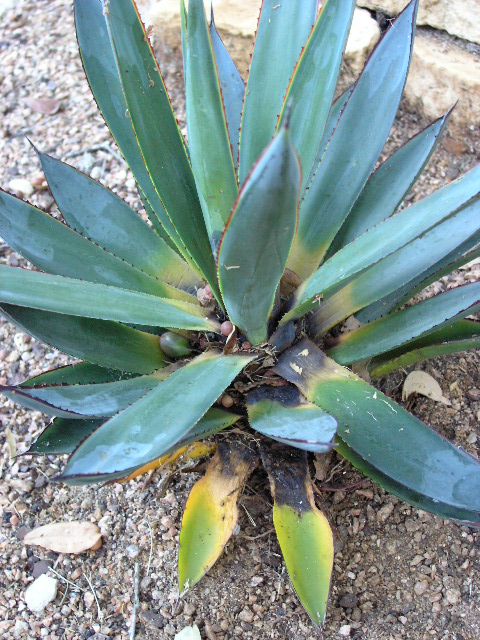 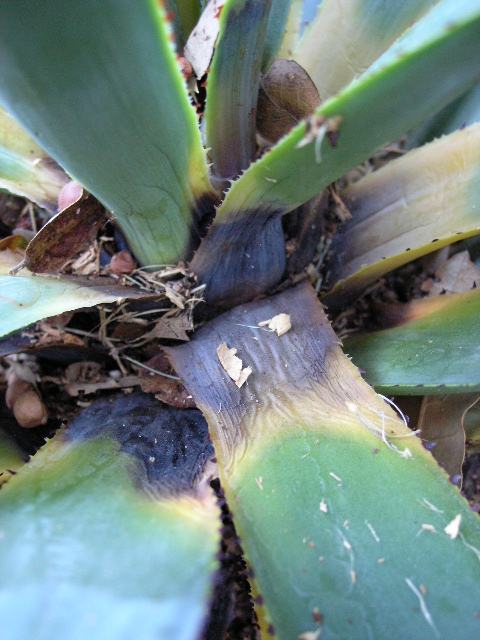 Digging up the plant, I didn't spot any adult weevils nor any of the larvae that many online sources said I should see.  And though watered the same morning it was excavated, the soil didn't seem to be too wet.  The other two nearby Agaves seem fine (for now).  So I'm not sure what is the cause - but I think I'll be treating the area just to be safe.
5 comments: