On the 15th of every month, May Dream Gardens invites us to record the plants that are blooming in our gardens.  After our brutal summer's heat & drought, it was nice to see some flowers return due to cooler temperatures and a single brief shower.

Rose Creek Abelia (Abelia x grandiflora 'Rose Creek') has produced more blooms this fall than ever before - a nice comeback after our hard summer. 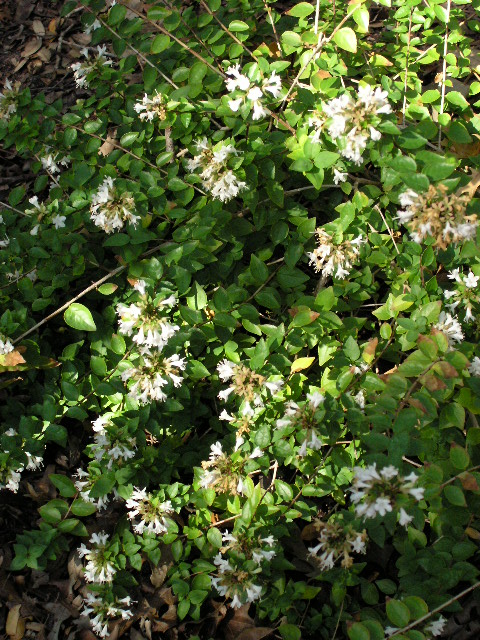 Toad Lily (Tricyrtis lasiocarpa) had a rough time with the drought, but was able to produce a few blooms for the fall.  Always impressed with its unique blossoms. 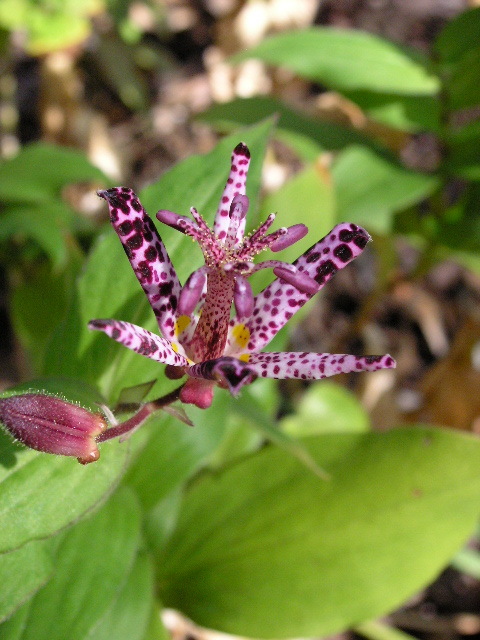 This is the end of the first full year for the Forsythia Sage (Salvia madrensis) in my garden.  It struggled and only reached a height of less than three feet, but is still trying to put out some yellow flowers. 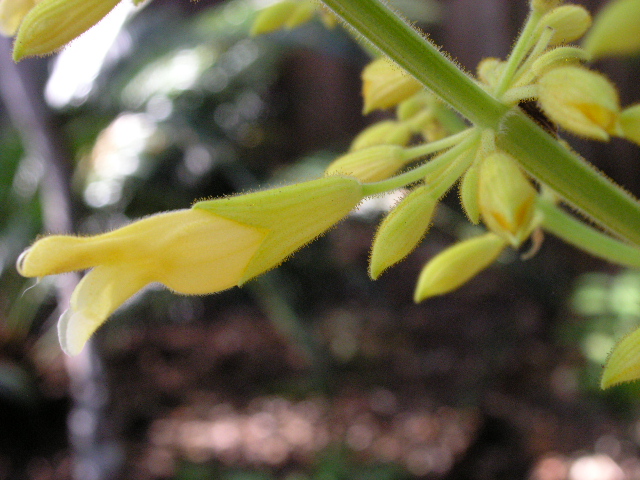 West Texas Mist Flower (Conoclinium greggii) continues to produce a sprawling purple coverage over its area in the garden. 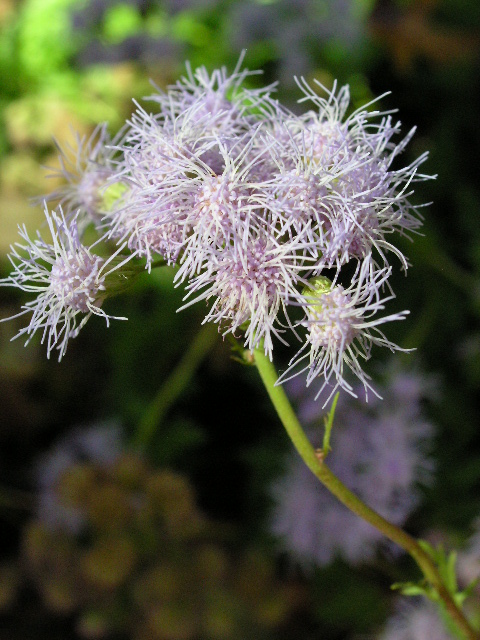 Philippine Violets (Barleria cristata) is another plant that seemed to produce fewer blooms than usual this fall - less than 6 flowers have shown up on it. 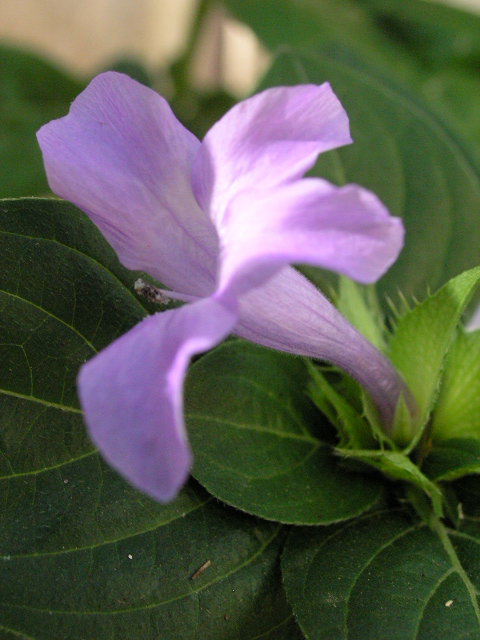 Blue Anise Sage (Salvia guaranitica 'Black and Blue') was able to produce at least a few blooms after struggling mightily during our summer. Though vegetation is sparse, at least the few intensely-colored blooms are enjoyable. 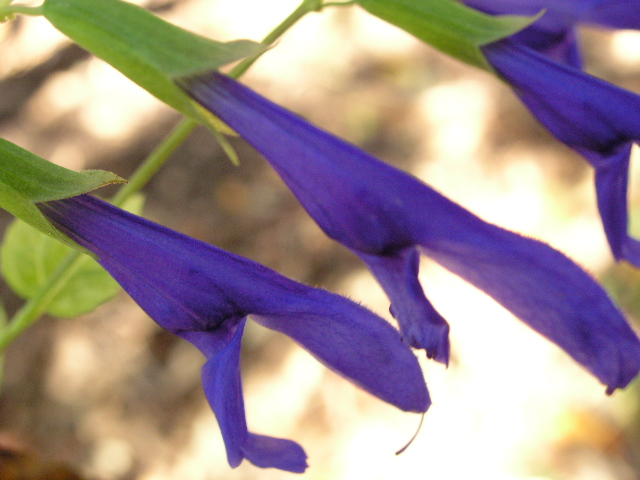 Pale Pavonia (Pavonia hastata) produces nice, bright blossoms at its tips - but is quite lanky in my shade. 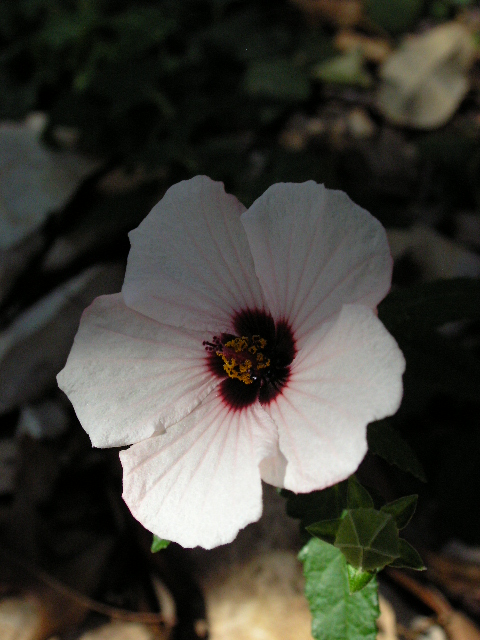 The usually reliable Christmas Cactus (Schlumbergera x buckleyi) did not like our intense summer heat this year - it lost over half of its foliage and thus produced very few blooms for our winter.  Thinking that I may need to bring it inside next summer. 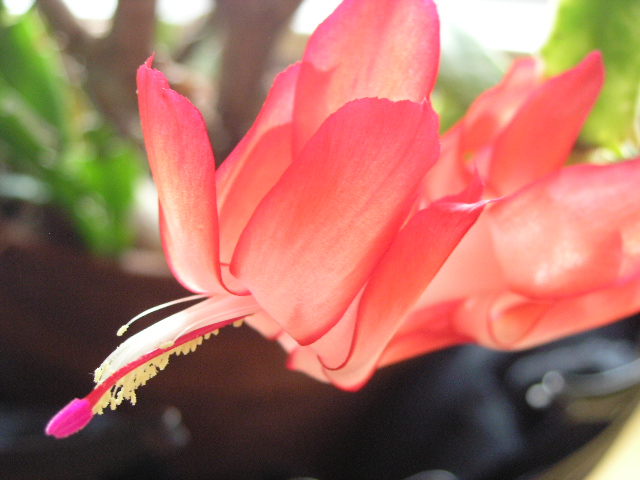 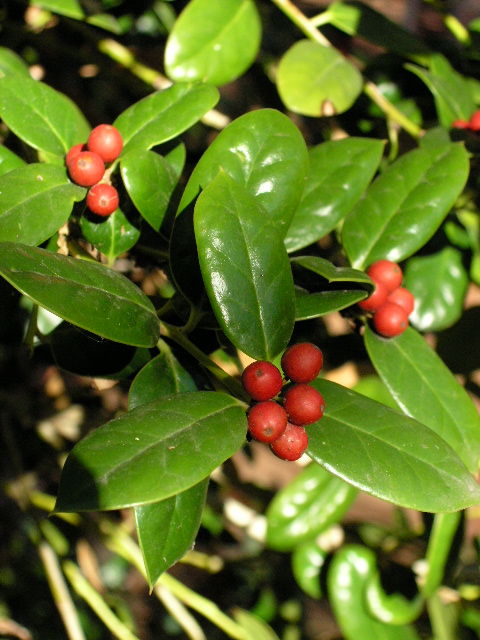 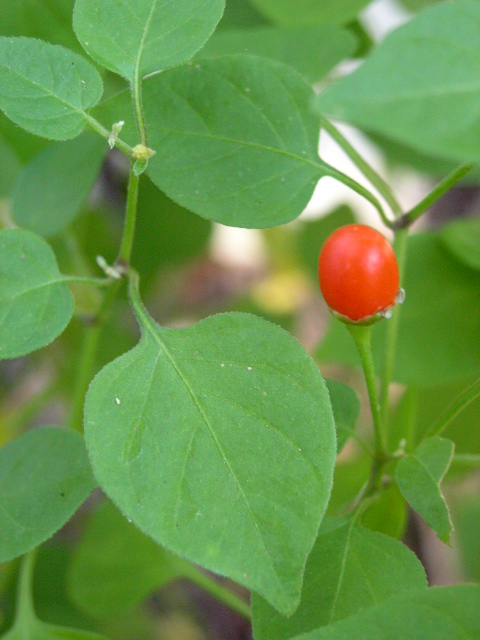 The Possumhaw (Ilex decidua) trees lost much of their foliage early this fall due to the drought - but was still able to produce a fair number of bright red berries that are really starting to show. 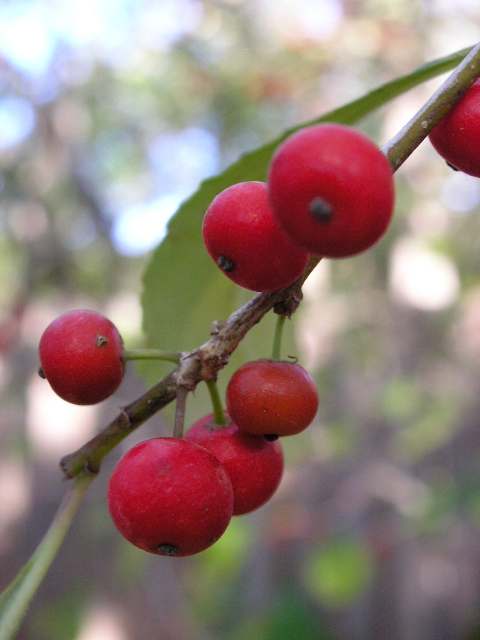 Of course, the bad-boy Nandina (Nandina domestica) shrugs off heat, drought and everything else to continue to look good and produce large numbers of berries.  Know its invasive, but like any "weed" - it sure does well. 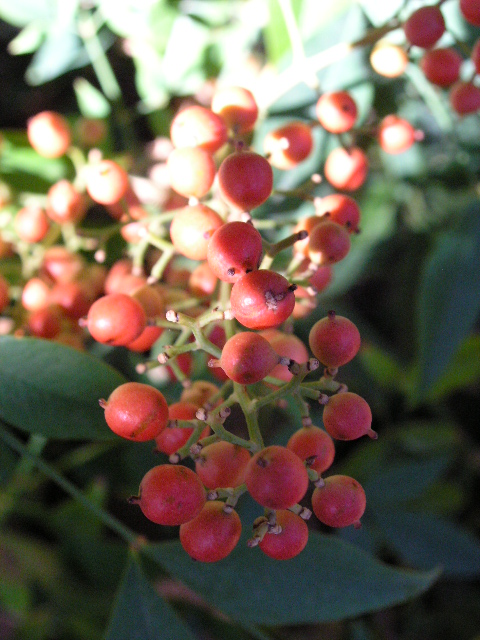 Joe Pye Shrub (Eupatorium viburnoides) seems to have actually grown more than usual this year - apparently liking the heat.  It has not yet opened its flower clusters. 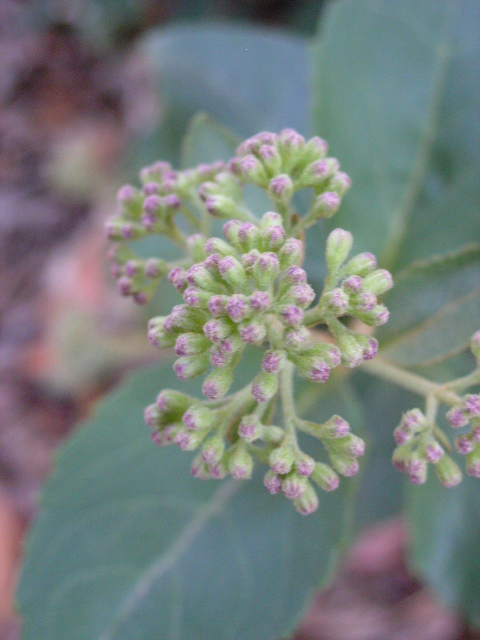 A late blooming Soap Aloe (Aloe maculata) is sending up a short flower stalk that has not yet spread it's reddish-orange clusters of flowers.  It's a race against the winter's first freeze to see if I'll actually get to enjoy the show. 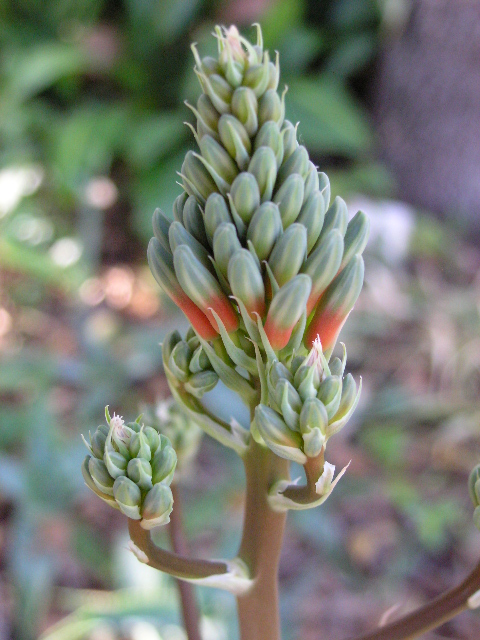 Be sure to visit May Dream Gardens to see what other gardeners have blooming in their beds.
11 comments:

Over the last few weeks, I was able to spend at least a little time in the garden in an attempt to accomplish some of the many needed tasks.

The Water Poppy (Hydrocleys nymphoides) is a lovely aquatic plant - pretty yellow blooms rising from a cover of thick, green leaves.  But I have found that it does a little too well - it's aggressive nature can lead it to taking over a pond. 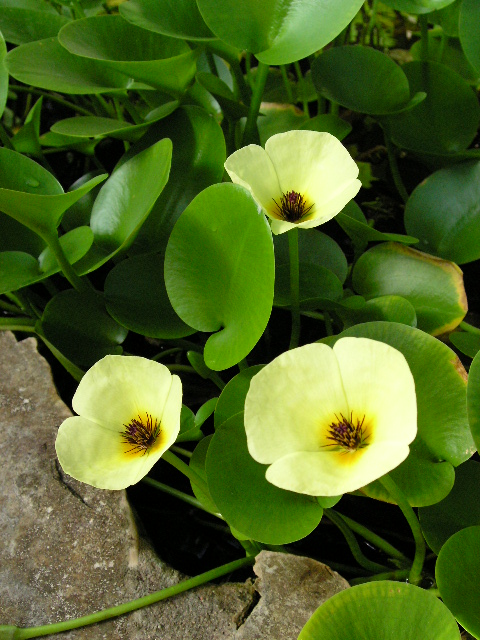 Since it had completely covered the surface of my small pond, I decided to remove it so that I could enjoy the water.  Only one waterfall was working, but after some pipe-clearing, I was able to get both sides going again.  Likely the Water Poppy will return from roots established in the bottom muck - so I'll have to keep an eye out for it. 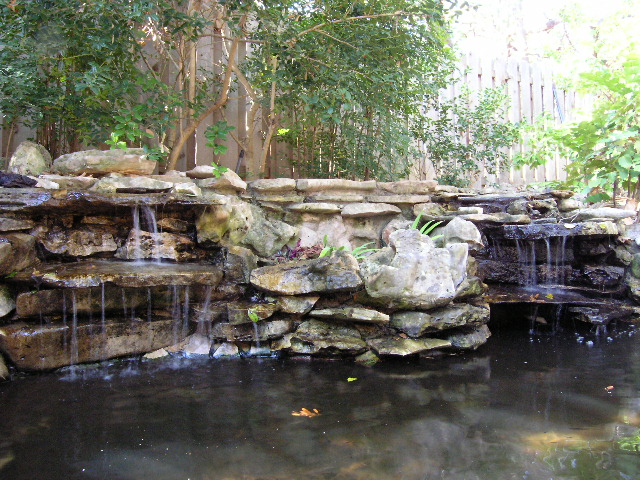 After several areas around Austin experienced an early freeze (not in my garden though), I decided it was time to set up my popup greenhouse and move most of my potted Aloes (and a few other plants) inside for safe-keeping.  It has, of course, since warmed up back into the 80s...but at least now I'm ready for colder weather. 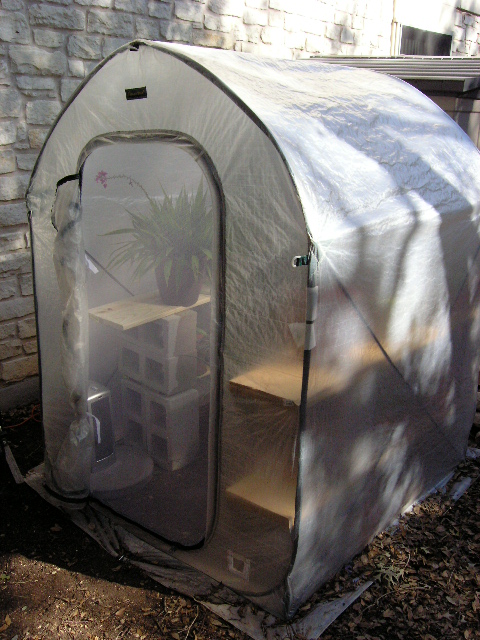 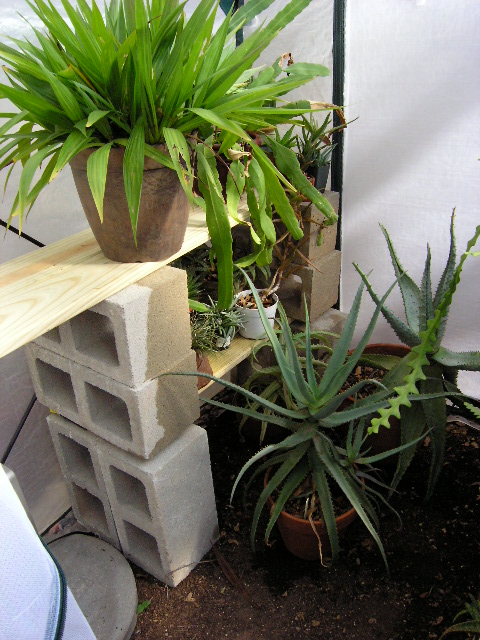 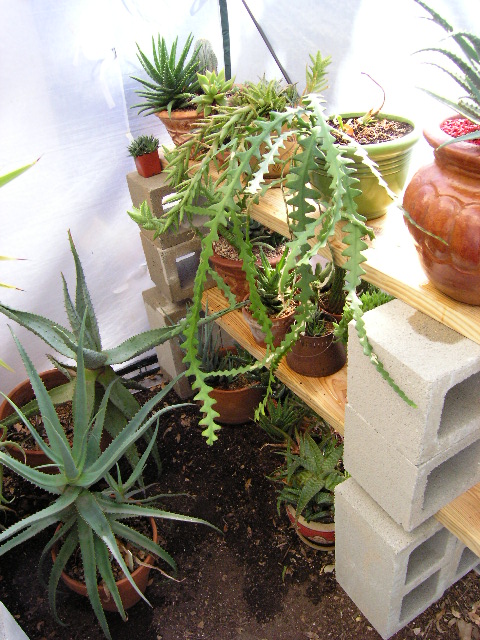 Have also reached the limit of my patience with some of my potted plants.  Have moved several over into an area of the garden where they await their eminent demise from lack of water & winter's grasp. 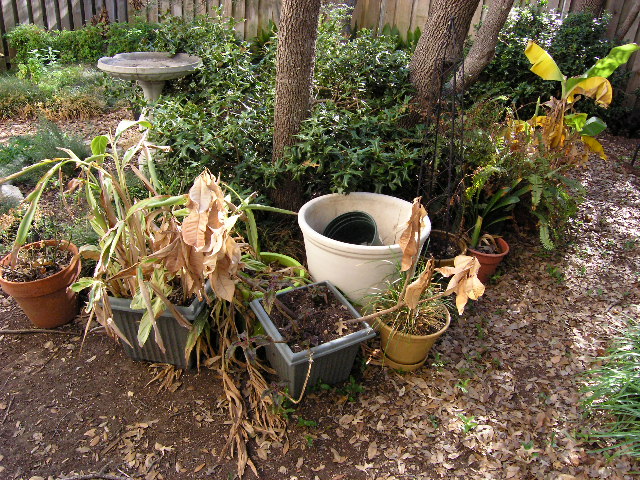 The garden has experienced a really rough summer - extreme high temperatures and horrible drought has certainly taken its toll.  I have read of several other Austin garden bloggers planting shrubs and  trees this fall (the  perfect time to do so here) - but I am likely to let this fall planting season go by without adding any new plants to the garden. 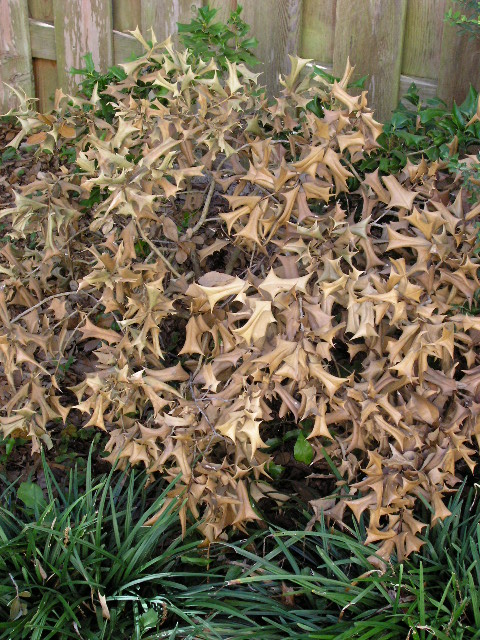 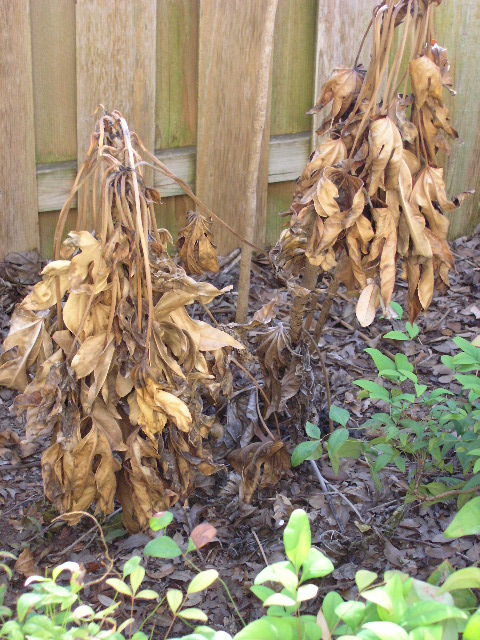 But I am making plans for trying some of the more shade-tolerant Agaves and Aloes in a front yard bed that gets a little bit more sun than my backyard beds.  But I won't be putting anything into the ground until next spring.
2 comments: