I had already placed one of my two Variegated Thread Leaf Agave (Agave schidigera 'Shira Ito No Ohi') into the lower level of my Three Tiers Garden, and have been hunting for just the right pot for the remaining one. 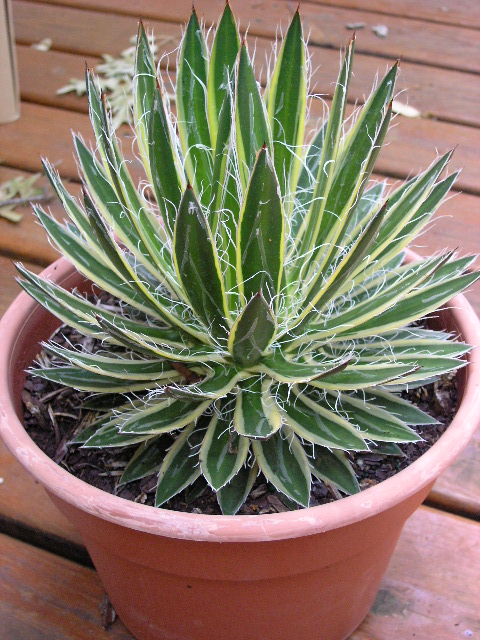 I finally found one I liked (and was priced right!) and got the agave planted and the pot placed out in the garden. 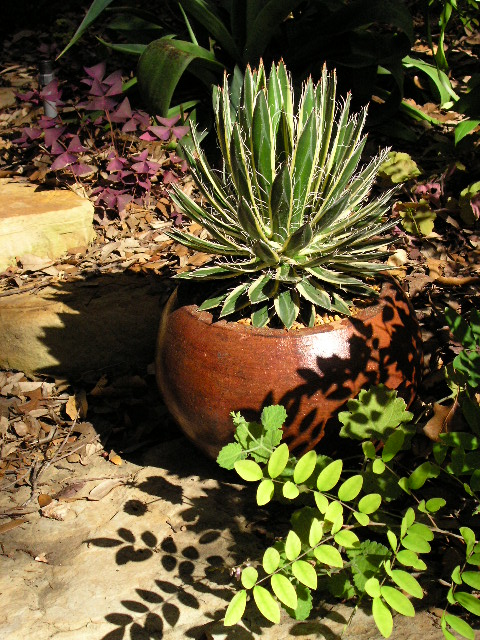 Next I had a couple of Moth Orchids (Phalaenopsis sp.) that were outgrowing their pots.  At least a couple of inches of bare stem with several aerial roots were exposed on both. 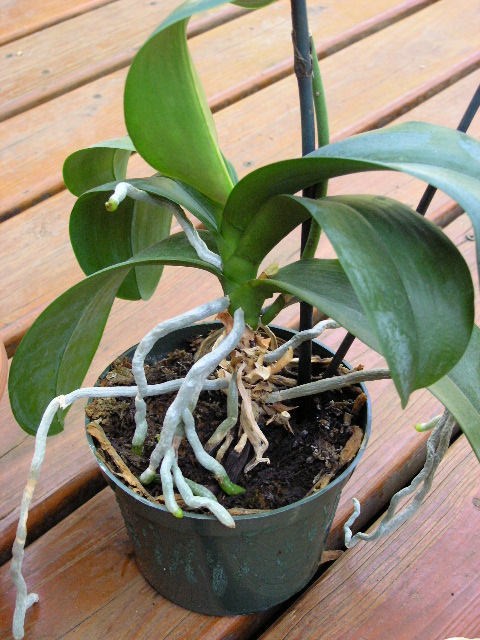 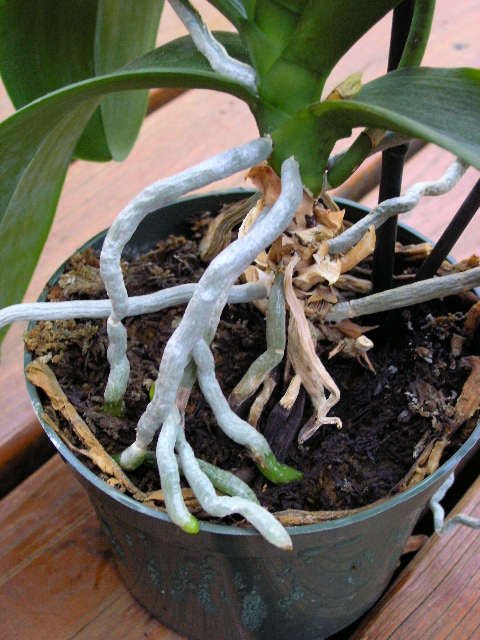 I found pots that were only slightly larger and gathered white packing peanuts (Moth Orchids are reported to like them), previously soaked orchid mix and scissors. 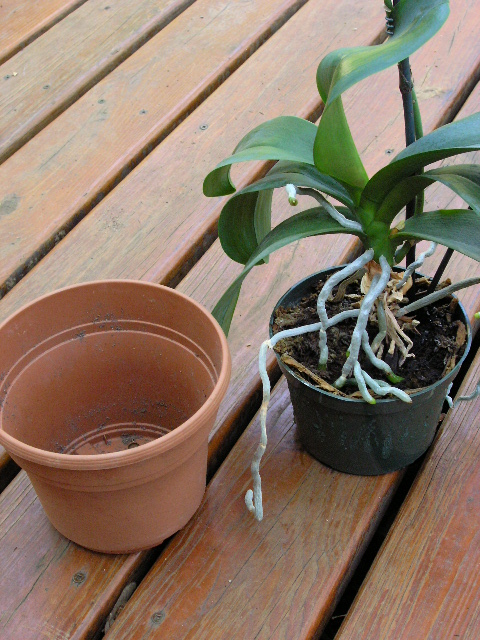 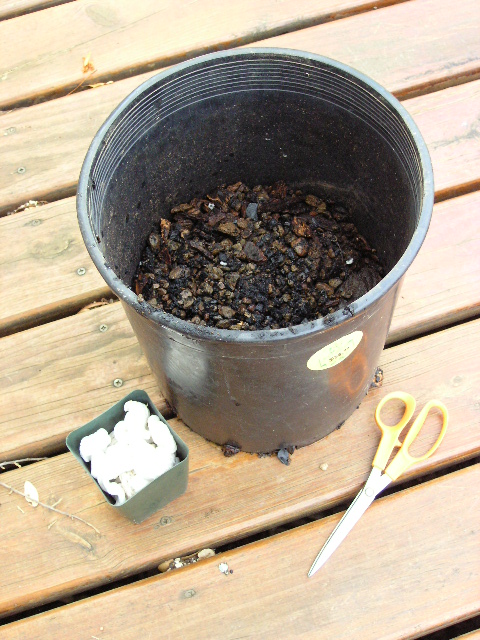 I removed the existed potting mix and snipped away any dead roots.  I was happy to see that most of the roots were in good shape.  (I also discovered a buried tag on the one pictured identifying it as the variety Exotic Lady.) 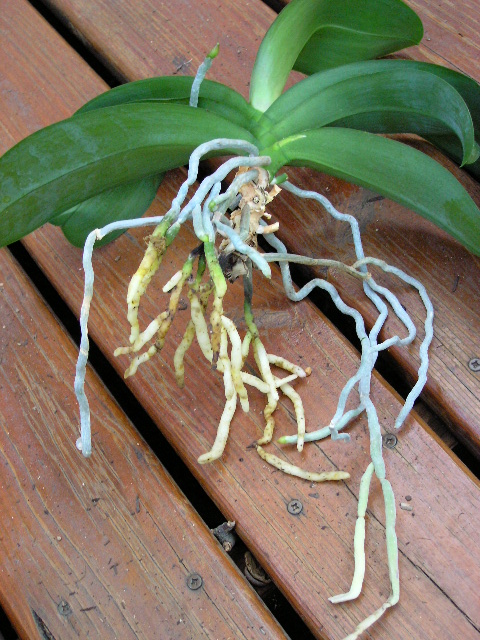 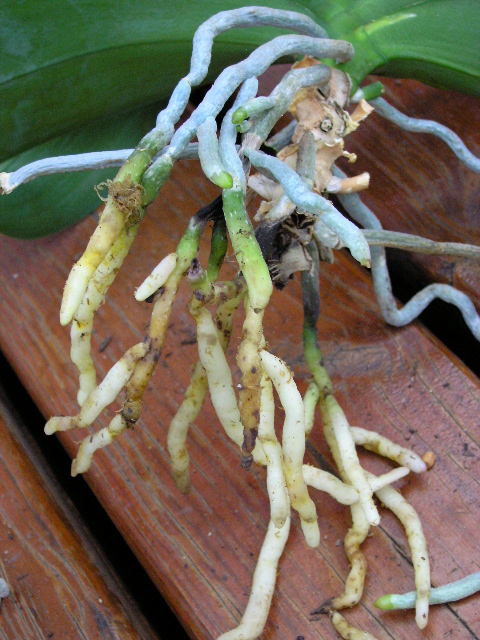 Then I returned the orchids to their pots, buried the roots and packed them in with the fresh orchid mix. 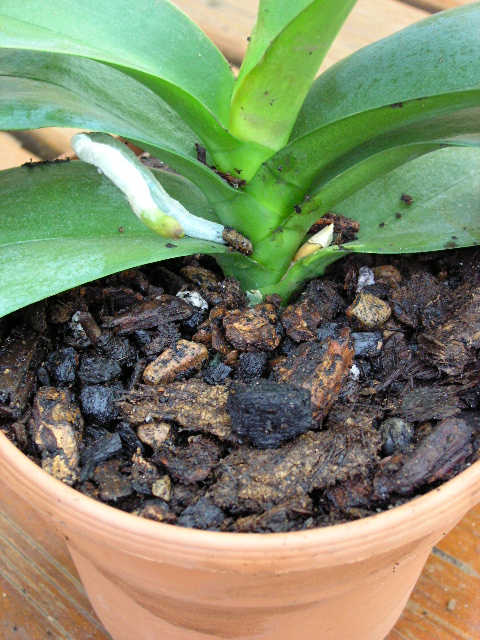 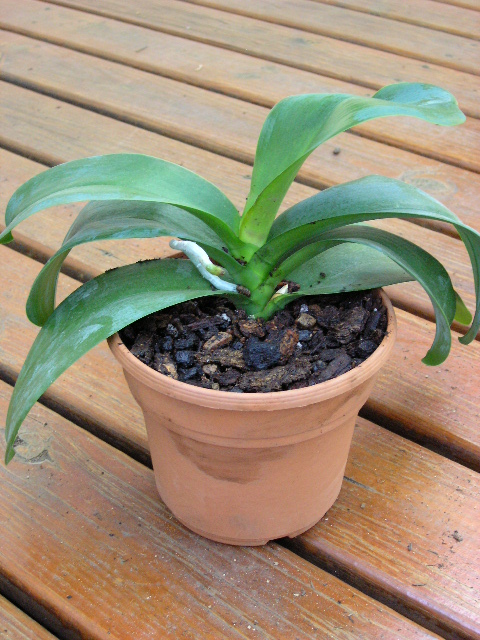 This is only my second attempt at re-potting Moth Orchids, so hopefully it will work out well.  Time will tell.
No comments: 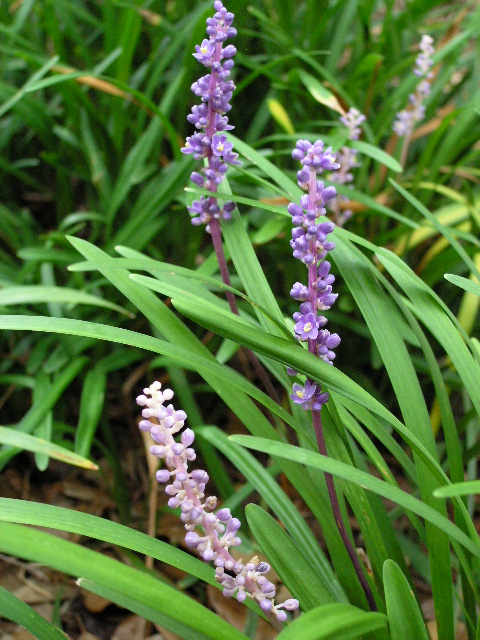 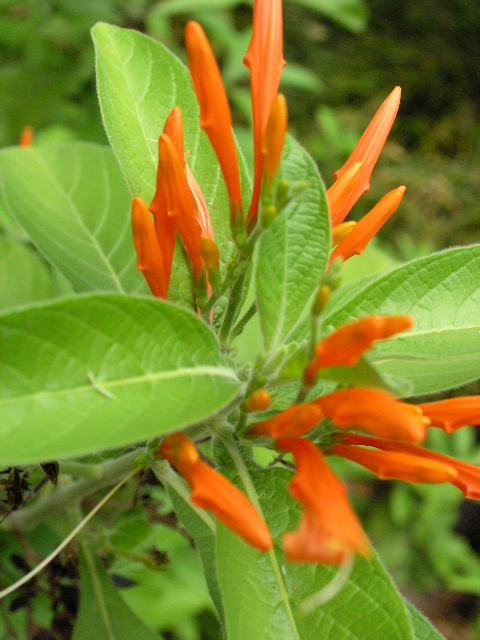 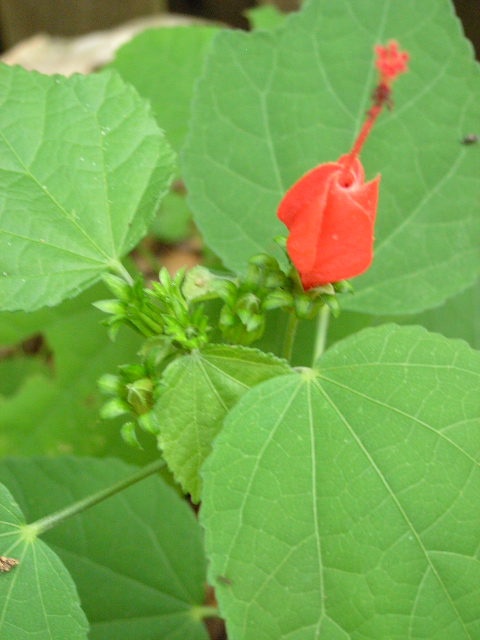 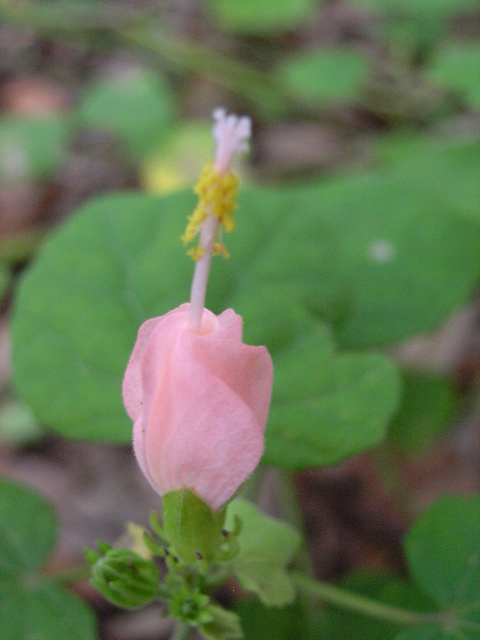 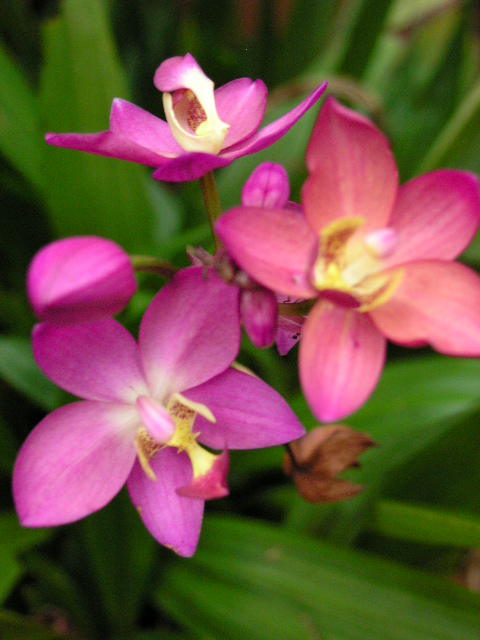 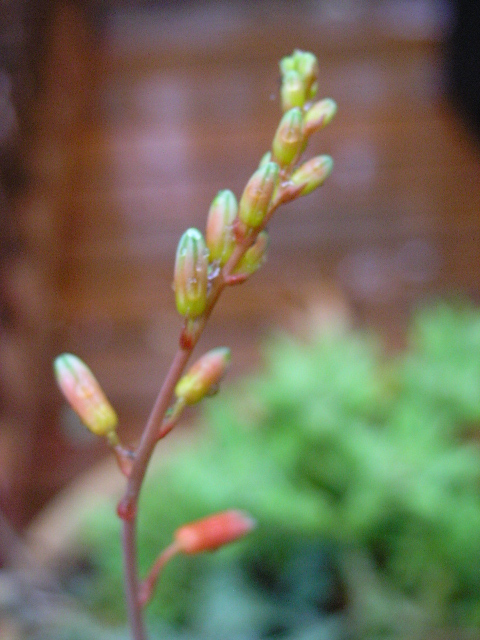 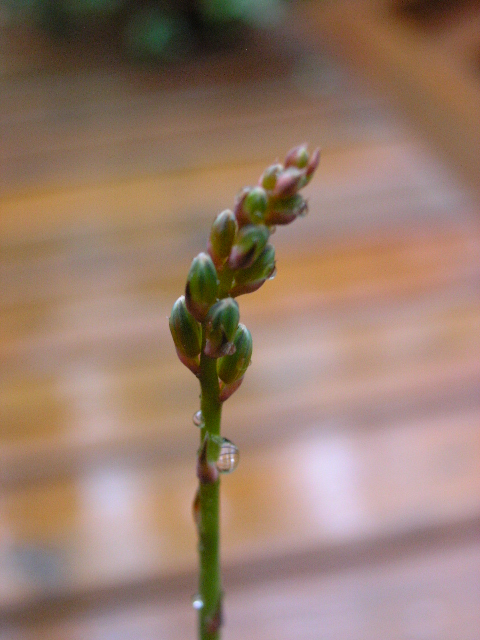 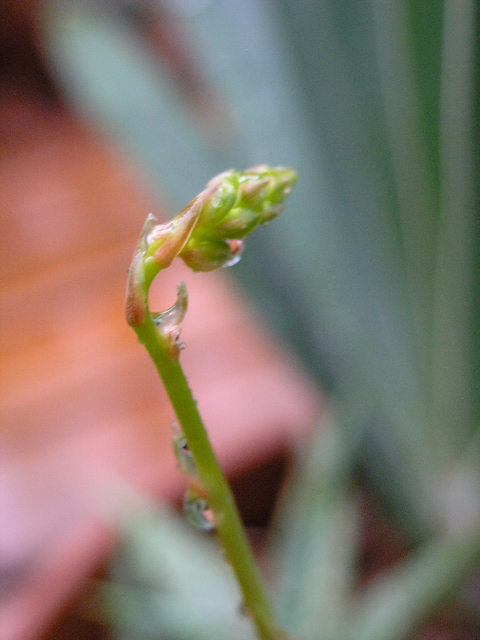 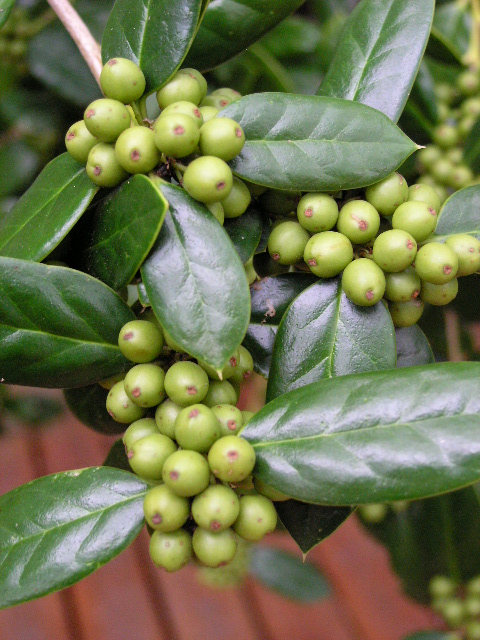 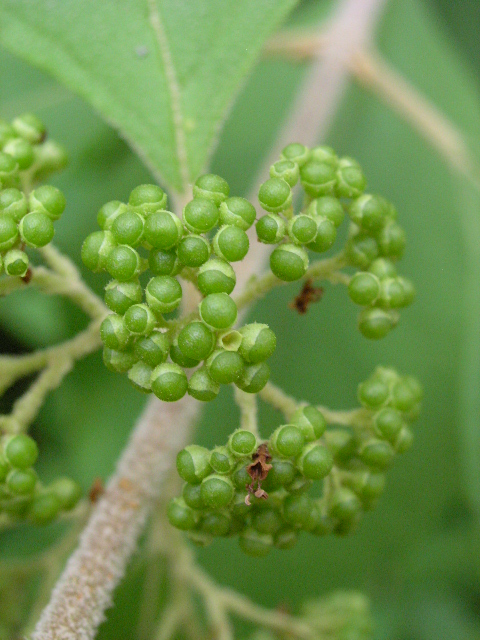 I had seen Dyckia 'Nickel Silver' at a nursery recently, but the asking price was a bit too steep.  Then I discovered it at another nursery...and the price was right. 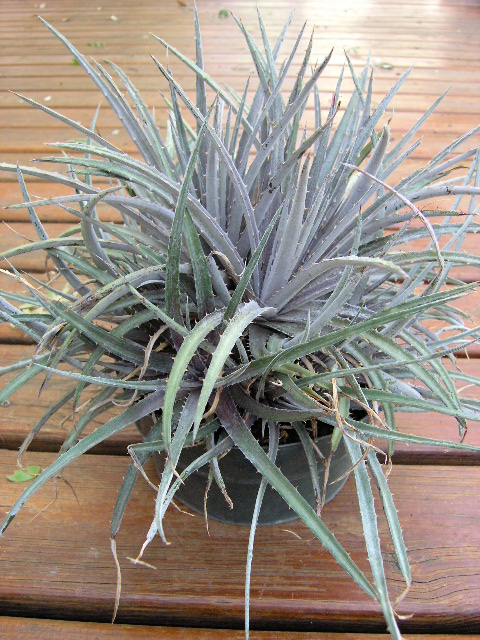 And I already had a pot that I pictured it sitting in.  I really like the way the grey foliage contrasts with the dark brown pot. 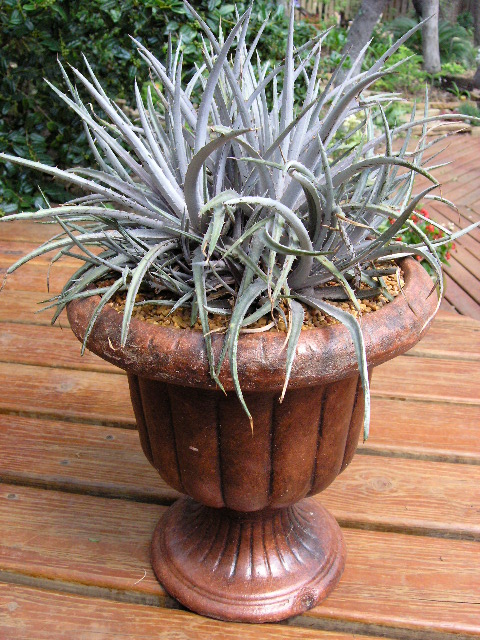 Online data indicates that this variety is one of the more freeze-tolerant of the Dyckias, handling temperatures down to the mid-teens.  It likes full sun which, of course, it ain't gonna be getting in my garden - but hopefully it will get enough.