Almost a month ago, my Rattlesnake Agave (Manfreda maculosa) had a couple of bloom stalks approaching two foot in height.  But as occurs with most of my garden's plants, these typically vertical stalks developed a lazy habit. 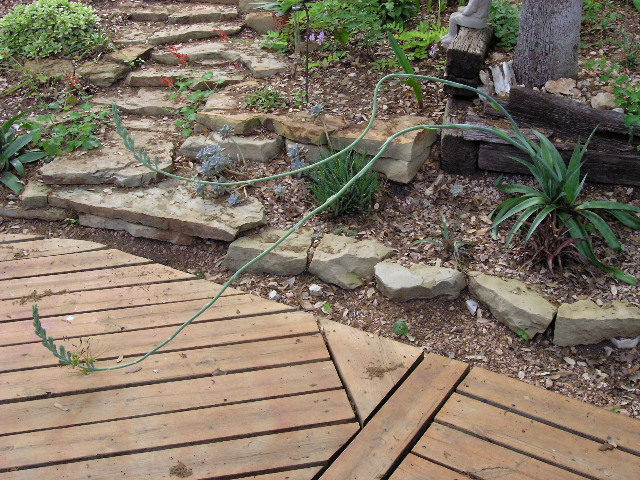 The two stalks developed an occasional bend or twist, but still venture primarily upward, pushing their bloom buds ever higher.  At one point, towering over six foot, the flowers remained remain unopened.  Then the stalks began to bend over as they grew even taller.  Now, just as the blooms are opening, they are actually bent over to the ground. 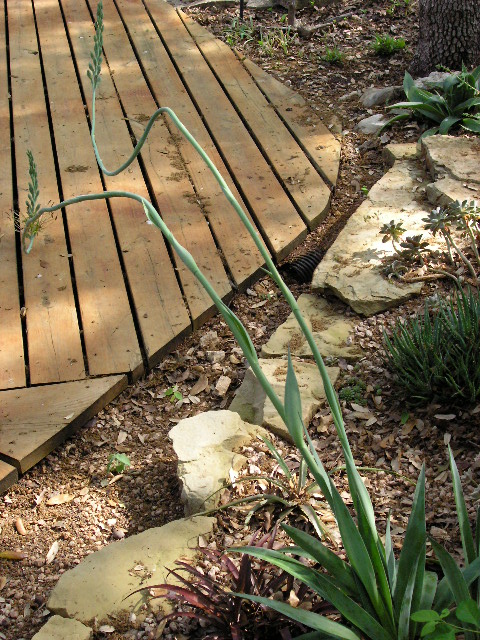 The blooms are quite interesting, but to be able to really see them, I have to lift the stalks up. 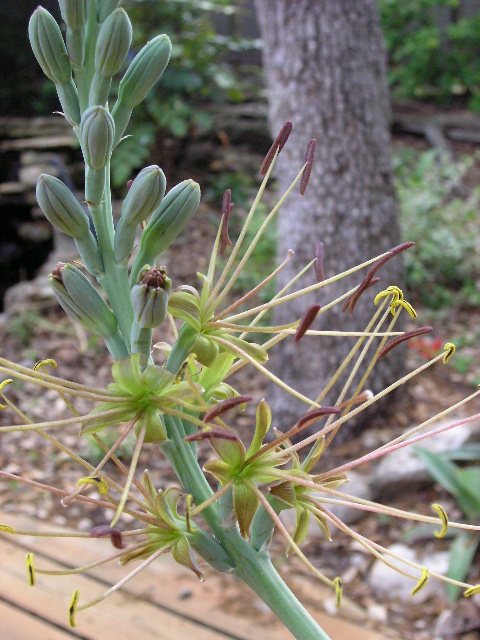